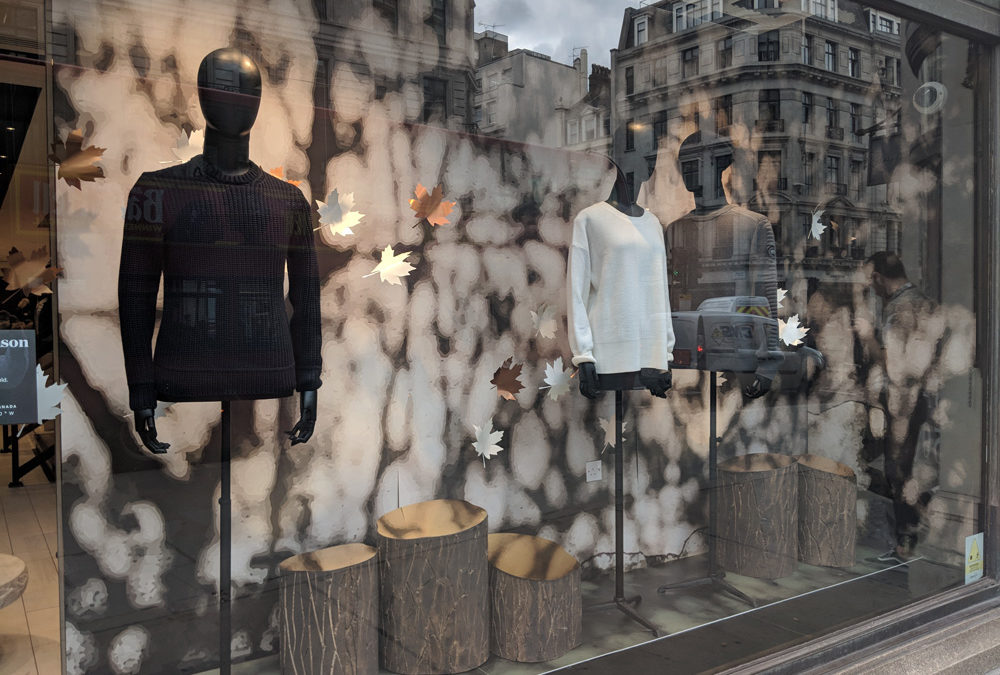 A year ago, we were approached to create graphics and construct window props for Canada Goose’s new flagship store in London.

The store was newly built and we carried out extensive surveys to produce a stunning display!

We created mini iceberg stands to hold mannequins they were sparkling to create the effect of fresh new snow. For the Regent street facing window we built an iceberg 3 metres wide and gradually reaching to a peak. A mannequin with Canada goose outdoor wear was placed climbing the summit with a flag we had made proudly showing the Canada Goose Logo. The flag was moulded plastic giving the effect of flying in the wind.

Each window had wooden plinths covered in dark blue printed vinyl and all the backwalls had a starry nightsky in printed vinyl. The work was carried by a team of six installers overnight while the shop was closed.

Due to the overwhelming success of this project we were asked to produce the spring and summer displays. Including large lightboxes with fabric graphics in a chrome frame for summer. Silhouette fabric hanging banners suspended from the beams and leafs floating in the air on wires depicting autumn. Again we covered the plinths in graphics but on the autumn collection we had mirror dibond aluminium with fabric moss and logs carefully placed, giving a pleasing reflection. We had had prop makers create imitation plants hanging by wire from the ceiling adding greenery.

The work was for a company in Canada who had the Canada Goose contract worldwide. On the strength of the success on the London Regent Street Store, we have since travelled to Europe and installed vinyl displays. 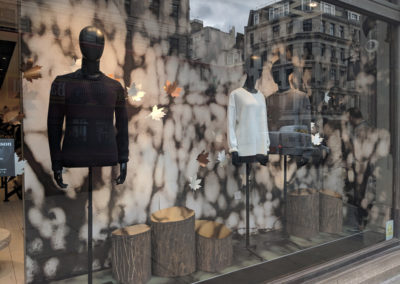 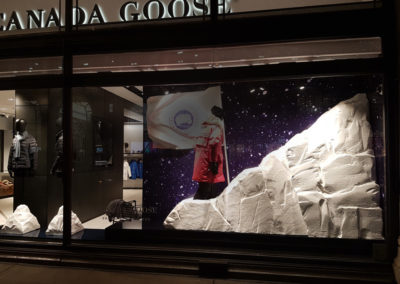 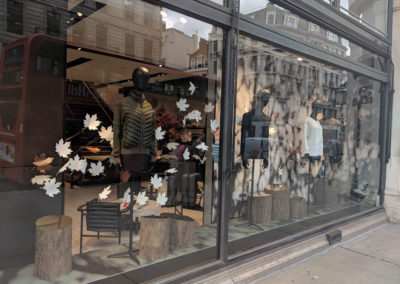 “Thanks to Gary and his team for the support on our UK projects and beyond!”